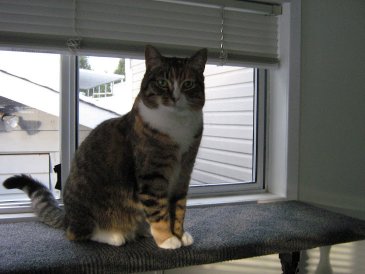 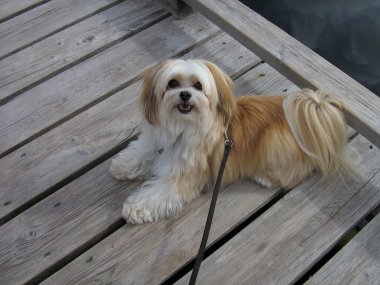 "To seek and to Save" 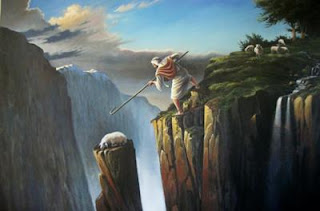 
After the fall. Sin had entered into the world. The eyes of Eve and her husband Adam were opened, knowing both good and evil. Eve had disobeyed the voice of the LORD God, being deceived by the serpent. She ate of the tree that was forbidden, and gave to her husband, who also ate. The serpent had promised that "ye shall be as gods, knowing good and evil." (Genesis 3:5). The age old promise of enlightenment. But the disobedience did not bring the enlightenment in a positive way, but in a negative way. They were made aware of their nakedness, and were filled with shame. They attempted to cover themselves with an apron sewn with fig leaves, and then hid from the presence of the LORD. Sweet fellowship was lost. Innocence was lost. Paradise, lost. Eve and her husband were no gods, but were naked and shamed creatures hiding from the LORD. They were lost amongst the trees of the garden, lost in sin. The LORD came to seek for them. The first thing that the LORD said to fallen Adam was "Where art thou?". Neither Adam nor Eve sought after the LORD. They hid themselves from His presence. He came to seek them.

We have all sinned. We all like sheep have gone astray. We all try to cover our nakedness and our shame. We all try to hide from the presence of the LORD. We are all lost in our sin. The same voice that was in the garden long ago is still in the world today, seeking those that are lost.

The Son, Christ Jesus the LORD, God manifest in the flesh, has come to seek and to save that which was lost. He came to seek after us. He came to seek you. It's not that we seek Him, but that He seeks after us. We scatter and scurry off into the darkness at the sound of His voice, hiding ourselves from the presence of the LORD. We try to hide from His word. "Where art thou?" The LORD calls. He came not to condemn us, but to save us. He alone is Saviour, only He made the perfect sacrifice on the cross, dying for our sins. Only He was buried in the darkness of death, and rose again the third day, alive forevermore. We sinners are called to repent and to believe this Gospel. This is the work that we must do, He has done all the rest. It is finished.

"Seeker" friendly so-called churches have it all wrong. The LORD is the One who does the seeking, not man. The other voice is also yet in the world, the voice of the serpent. With a thousand distractions the serpent still promises enlightenment, trying to distract from the voice of the LORD, the word of the LORD, that calls "Where art thou?" The serpent does not care that you "go to church", or that you do not "go to church". Whether you are "religious" or not "religious", it matters not to the serpent. The serpent would have you "seeker sensitive", to be seeking after this and that, going to and from, being wind tossed from this doctrine and that doctrine, keeping the focus on yourself. WORK! WORK! WORK! the serpent cries. Just think POSITIVE thoughts, avoid the NEGATIVE the serpent hisses. Beware...it is a lie! The serpents promised path of enlightenment is full of lies and deception as in the garden. Many a soul is on this broad path. Men are more comfortable hiding in the midst of the garden, covering their nakedness and their shame, hiding from the presence of the LORD. Men love their darkness more than the light of God's word. Men prefer the false sense of security the darkness provides. Men think themselves the master of their own destiny, and work away at groping in the dark. Man is yet lost in sin. "Where art thou?"

"For all seek their own, not the things which are Jesus Christ's." - Philippians 2:21 KJV

Men naturally "seek their own". We do not naturally seek after the LORD whatsoever. The serpent, Satan, calls out for us to find our own purpose, our own life, to have our best life here and now. He caters to our earthly, sensual side. He preaches a man-centered so called Gospel that centers on self. He leads men to mind only the things of the world, and of the earth. He chokes out the voice of the LORD God, and the word of God, and loads man down with the cares and entanglements of this life. He promises enlightenment from false "Christ's", false "gospels", false "spirits", from a massive assortment of false churches, false teachers and preachers, from arenas, concerts, plays, from religious events, and from all sorts of movies, music, and media. He entertains and beguiles relentlessly.

"But I fear, lest by any means, as the serpent beguiled Eve through his subtilty, so your minds should be corrupted from the simplicity that is in Christ." - 2 Corinthians 11:3 KJV


The serpent, Satan, Lucifer, is the prince and the power of the air and is the god of this world. He still beguiles and promises men that they can be "as gods", but brings men deeper into bondage of their sins. Many men are religious, but lost. Men think themselves well on their way, but they are perishing. The religion, philosophy, wisdom, beliefs, opinions, and ways of man is as the fig leaves in the garden, the ways of man as hiding amongst dark places from the presence of the LORD. There is a way that seems right to a man, but it only will lead to death. It is still called SIN. The voice of the serpent would attempt to drown out the voice of the LORD. The serpent will do what he must to keep you lost. Satan only seeks you to devour you in this world, to destroy you. He will beguile you all the way to the grave, making sure that you perish in your sins, believing the ultimate lie. Much more, we deceive our own selves if we think that we will escape damnation and hell if we neglect or reject the One and Only Saviour, Christ Jesus the LORD. Without Him, we are without hope. We profit nothing at all if we gain the whole world, yet lose our own soul. All the silver and gold in the world is not worth your soul. REPENT! Repent and believe the Gospel. Without Him you are lost in sin and darkness this very hour.

But in the midst of the sin and darkness, there is still the gentle voice of the Saviour calling to us...to you... 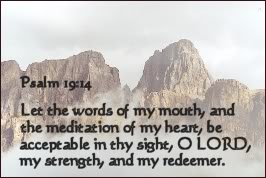 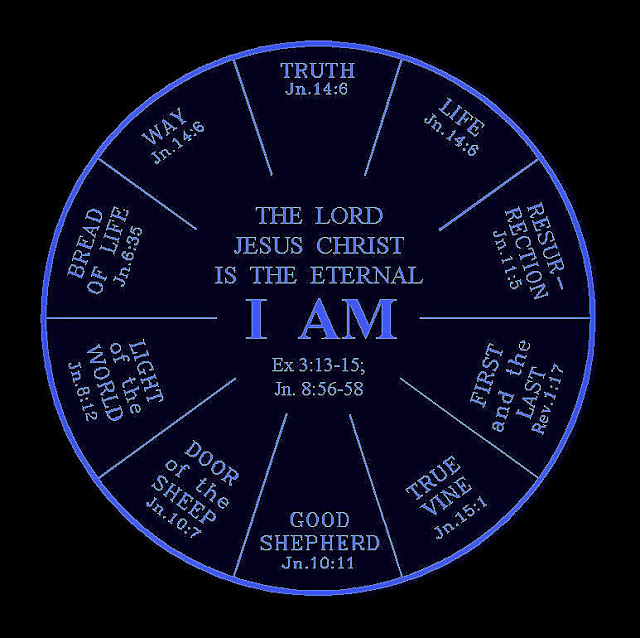 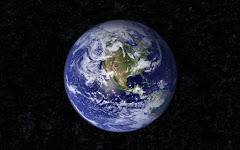 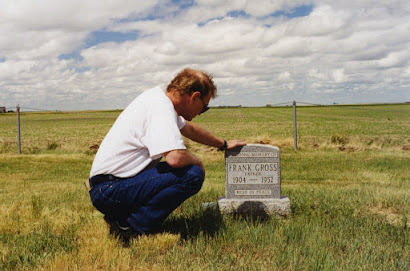